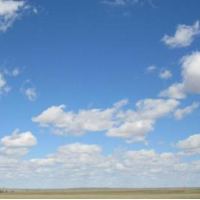 part-time hacker on osmocom-bb, involved in mobile linux projects since 1999-ish starting with uClinux on Palm Pilot project. Worked mostly as a Java/Web enterprise developer but has been able to focus on C/embedded mostly for the past 5 or so years.

Wants to create a less distracting mobile device with no screen called rockphone. Involved in postmarketOS project due to shared interest in low-level hacking of mediatek chipsets.

Plays noise/improv/rock in a one-man-band called This Is My Condition. Search youtube for examples.

Was born, eats and writes software.

Rafael Diniz holds a BA in Computer Science from the Campinas State University(UNICAMP) and a Master’s degree in Informatics from the Pontifical Catholic University of Rio de Janeiro (PUC-Rio), Brazil. He is currently a PhD candidate at the University of Brasília. Rafael has experience in the areas of digital TV and radio (broadcasting), HF radio technologies, hypermedia and multimedia systems, computer graphics and electromagnetic spectrum management. Mr. Diniz is a member of the Saravá colective and supports the free/community radio and TV movements in South America. In the 2000’s Rafael participated heavily in the Brazilian Indymedia network and the free software movement. In the 2010’s Rafael worked on the development and installation of the first community DTV ISDB-T channel in the world, broadcasting from Buenos Aires on channel 20, and in the deployment of two digital HF networks in the Amazon Forest region of Brazil with dozens of stations.